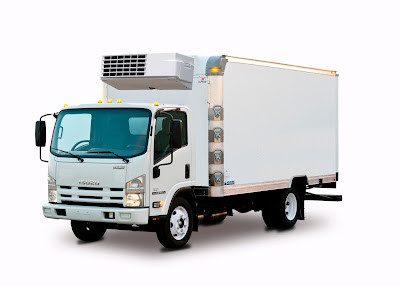 ANAHEIM, Calif.—Isuzu Commercial Truck of America, Inc, distributor of America’s best-selling low cab forward trucks, announced today that it shattered two long-standing sales records in 2015—for the highest parts sales and for sales of Isuzu  commercial trucks.
Isuzu dealers retailed 20,725 Isuzu trucks to customers in 2015—a record for Isuzu trucks in the United States. This record included a whopping 10.5 percent gain in Isuzu N-Series sales versus 2014.
This outpaced Isuzu’s competitive set in Class 3 through 5 commercial vehicles. Calendar-year registrations of Class 3 through 5 vehicles through October 2015, the latest month for which figures are available, were up only 5 percent, less than half the N-Series pace.
Meanwhile, Isuzu sold 5.5 percent more parts in the U.S. than it did in 2014, representing the most parts ever sold. “After celebrating the 30th anniversary of Isuzu trucks here in 2014, what better way to start our fourth decade in the United States market than with record-breaking sales?” asked Shaun C. Skinner, executive vice president and general manager of Isuzu Commercial Truck of America.
“Thanks to the strength of our product, the loyalty of our customers and the dedication of our dealers, we expect to be setting more records for many years to come,” Skinner said.

About Isuzu Trucks:
Isuzu commercial trucks have been the best-selling low cab forward trucks in America every year since 1986.  Headquartered in Anaheim, California, Isuzu Commercial Truck of America, Inc., is the distributor of Isuzu commercial vehicles in the United States. Isuzu Commercial Truck of America, Inc. is a subsidiary of Isuzu Motors Limited, one of the world’s largest manufacturers of medium- and heavy-duty trucks.
For more information, call (866) 441-9638 or visit www.isuzucv.com.
Share this article via