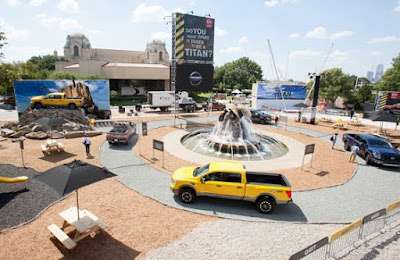 Believe it or not, we're almost ready to jump into another auto show season, which means the revelation of several automotive awards are close as well.

We consider the annual State Fair of Texas, open to the public Sept. 30-Oct. 23 in Dallas, as the first auto show of the year because it offers big pickup truck displays and new product highlights from each pickup truck maker in the U.S. No one needs to tell Texans that the pickup truck is an important part of life; that's why we've made a point of attending each year for almost two decades. Texans buy more pickups than the residents of any other state in the country, so the fair is a great place for manufacturers to promote their vehicles.

As for automotive awards, the annual North American Car & Truck/Utility of the Year Awards set the bar for industry standards. These awards are determined by a group of 60 U.S. and Canadian automotive writers; sister site Cars.com's Senior Consumer Affairs Editor Kelsey Mays and Executive Editor Joe Wiesenfelder are among the judges.

In the past, restricting the awards to just two categories — Car and Truck/Utility of the Year — created some challenges when it came to which category included SUVs and crossovers. To rectify that for 2017, NACTOY added a third category for SUVs and crossovers; heavy-duty and light-duty pickup trucks, and commercial vans fall into the truck category.

NACTOY announced Wednesday which vehicles are eligible for the 2017 awards. Below we list the SUV of the Year and Truck of the Year competitors. The winners will be announced at the press conference that kicks off the 2017 North American International Auto Show in Detroit on Jan. 9.
SUVs