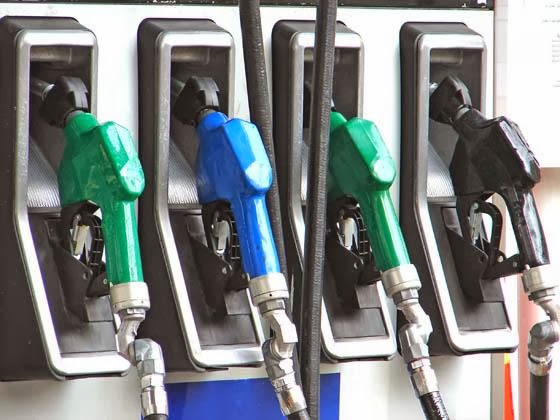 The new 2014 Ram 1500 EcoDiesel, due in showrooms the first quarter of 2014, is set to rewrite the rulebook in the full-size, light-duty segment. It has already won the Motor Trend Truck of the Year award, and even USA Today liked it. However, many buyers in this segment are cautious about new technology. Even the Ford EcoBoost, probably the most successful example of a new engine option (even strategy), took almost two years in the market to be fully accepted. But as much as we want to believe that a light-duty diesel would great to have again in a half-ton, we have to ask whether it makes financial sense.

Regrettably, a simple yes or no doesn't address the many variables presented by the way pickup truck owners operate their trucks in so many diverse environments. To run the numbers here, we'll stick to what Ram puts under the hood of its 1500 Outdoorsman Crew Cab 4x2, starting with the standard gas Pentastar V-6 engine option.

Given that the high-tech 3.6-liter V-6 replaced an over-the-hill 3.7-liter V-6, there's little surprise its introduction created so much consumer excitement. Boasting twin overhead cams mounted on an all-aluminum block, the 220-cubic-inch six-cylinder delivers 305 horsepower and 269 pounds-feet of torque. Burning regular unleaded gas makes it the most democratic of Chrysler powertrains, and with an EPA-estimated city/highway mileage of 18/25 mpg (in two-wheel-drive HFE configuration), you can take your democracy to the street. As the base engine on our Outdoorsman, it is built into the truck's $39,720 base price (including destination), and requires no additional upcharge. 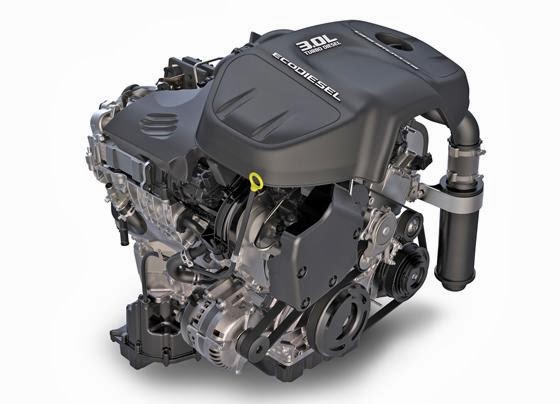 With Ram's new EcoDiesel, anticipate a $4,000 bump over the base V-6, or roughly $2,800 more for those considering the Hemi. (Your Outdoorsman diesel is now stickering at nearly $44,000.) We should note the official EPA figures were just released for the 4x2 Ram EcoDiesel at 20/28/23 mpg city/highway/combined, so let's go with these numbers. Those who own a half-ton pickup truck know these are strong numbers.

Driving those same 15,000 miles in town, with a city rating of 20, consumes 750 gallons of fuel. And that compares with the 830 gallons used by the gas V-6 and 1,000 gallons consumed by the Hemi. If diesel fuel were priced the same as regular unleaded gas (for sake of argument here, let's say $3.50 a gallon), your cost to go 15,000 city miles would be $2,625. That's $875 per year less than the Hemi (at $3,500), but only $275 less per year than the 3.6-liter V-6 (at $2,900). And you've already invested $4,000 for the diesel ownership privilege, suggesting more than 14 years of ownership costs before fuel savings start paying you back on a per-mile basis (and that assumes fuel prices stay exactly where they are right now). However, you'll get some return on your investment with a higher vehicle resale should you decide to sell your pickup in the second-hand market.

Unfortunately diesel fuel is typically more expensive than regular unleaded. If we incorporate a modest 10 percent bump between the two (in some areas of the U.S. it's much higher than that), your annual outlay for those 750 gallons is $2,900, which shows no out-of-pocket savings relative to the gas V-6. And if we apply the numbers to the most optimistic highway figures while doubling the annual mileage to 30,000, you'll burn 1,200 gallons of regular unleaded in the V-6 (at 25 mpg like the V-6 eight-speed highway mpg), for an expenditure of $4,200. Driving the diesel at 28 mpg requires almost 1,070 gallons of fuel annually at the suggested $3.85 a gallon or $4,120. That represents essentially no savings per year over the gasoline V-6.

As you can see, any annual difference in the cost to fuel your truck is chump change relative to a $40,000 investment. The Ram diesel is cheapest over 30,000 highway miles, but the savings are less than only $15 per week when compared to the Ram Hemi or Ford EcoBoost. But beyond real-world costs in the diesel versus gas debate, there are several intangible issues to consider:

Torque: Although there are 65 fewer horses provided by the EcoDiesel relative to the 3.6-liter V-6, its 420 pounds-feet of torque (under 2,000 rpm) simply overwhelms the gas power plant's 269 pounds-feet of torque at 4,175 rpm. This isn't necessarily stump-pulling power but it is significant. And the ease with which the truck moves under load or a full trailer represents a solid benefit every time you, a family member or employee is behind the wheel.

Perceived simplicity: Despite turbocharging, Fiat's MultiJet II direct injection and as much electrical wonderment as an Apollo space capsule, diesels are still perceived as simple technology relative to their gasoline counterparts. Since they're built to take compression ratios some 60 percent higher than the gas slugs, consumers figure the pickups can take whatever the highway can throw at them: "If I can get 200,000 miles from my gas lump, I'll get 400,000 from a diesel." Today that perceived superiority — especially at the light-duty end of the market — may be harder to document, but it sticks in our collective imagination.

Safety: If your work or hobbies require carrying auxiliary fuel tanks, know that diesel's lower level of combustibility (relative to gasoline) makes it much safer to carry auxiliary tanks.

Alternatives to efficiency are certainly available from the other players in the segment. Ford — as noted earlier — is proud of its EcoBoost V-6. Via turbocharging, it generates torque and horsepower fully commensurate with a healthy V-8, and if you keep your foot off the floorboard, the EcoBoost will provide class-competitive fuel efficiency.

At Chevrolet, the Silverado makes a good argument for its EcoTec3 5.3-liter V-8. Significantly re-engineered, this pushrod block isn't as sexy as diesel or EcoBoost, but there's a lot to be said for the relative simplicity — and established reliability — of the small-block with direct injection, variable valve timing and cylinder deactivation. Annual fuel costs will still be in the Ram EcoDiesel ballpark (given both the Chevy's efficiency and the lower cost of regular unleaded), and the GM V-8 is only a $1,095 bump over Chevrolet's 4.3-liter V-6 (not a $4,000 bump). So when making your decision, factor in as many variables as possible. 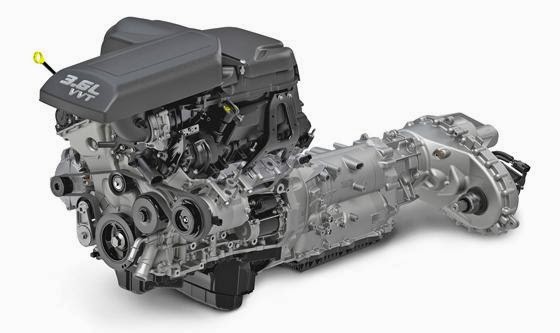