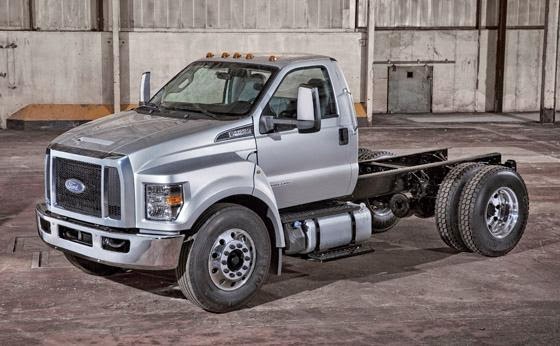 The new medium-duty trucks debuted in Indianapolis at the National Truck Equipment Association's Work Truck Show, which runs today through Friday, where Ford is showing off the F-650's and F-750's new interior and exterior design. In fact, some are saying the new trucks look a touch like the old GMC TopKick and Chevrolet Kodiak medium-duty trucks, which were essentially chased out of the market by Ford product domination.

The new F-650 and F-750 will come in three cab designs — regular, SuperCab and crew — and include several segment-exclusive features such as power telescoping and folding tow mirrors, as well as interior reconfigurability. Additionally, the new engine will offer a more aggressive Tow/Haul mode and a new dedicated switch for activating engine braking. Ford has not released the horsepower and torque numbers for the big trucks, but we'd guess its likely to offer the new engine in various power outputs to accommodate different industries. 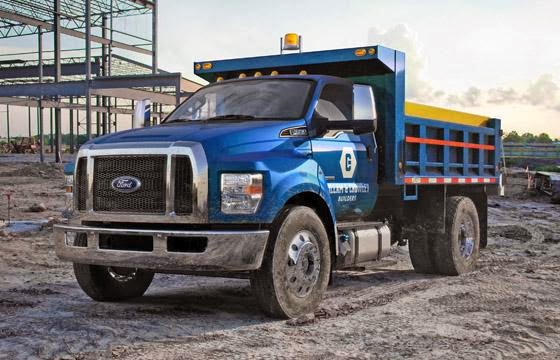 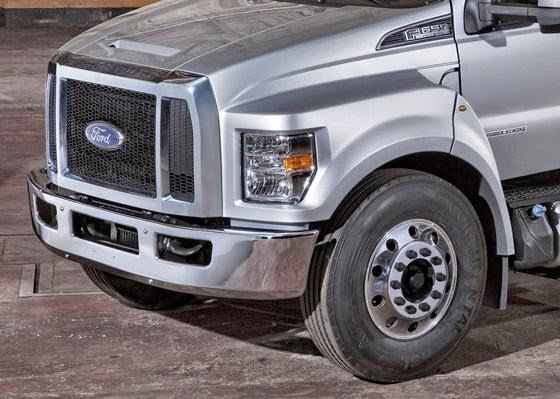