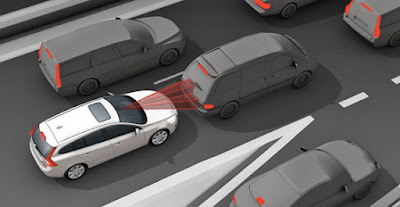 Who says automakers can't work together for the good of the consumer?

In a voluntary agreement including just about every automaker that sells vehicles in the U.S., almost all vehicles will have forward collision warning with automatic emergency braking as standard equipment by model-year 2022. The National Highway Traffic Safety Administration says that is about two years faster than the time it would have taken for regulations to force them to add the technology.

According to Cars.com, the new technology could cut rear-end collisions up to 40 percent, saving thousands of lives. Collision avoidance systems with automatic emergency braking use cameras or radar to sense an impending collision, prepare vehicle safety systems — and hit the brakes if the driver does not react quickly enough, avoiding the crash or lessening the impact.

Each automaker will create their own timeline to incorporate the systems into their vehicles, but it looks like both cars and pickups will be included. The 2022 target applies to all vehicles with gross vehicle weight ratings of 8500 pounds or less (which includes every half-ton and midsize pickup). Pickups with GVWR ratings from 8500 pounds and 10,000 pounds GVWRs get a little longer, with the technology to be standard by 2025.

We expect the technology to show up in the upper trim packages first, then trickle down to become a standard safety feature across the lineups by the target dates.