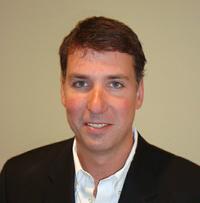 Brea, CA - Harbor Truck Bodies, Inc. President, Ken Lindt, announced the hiring of Mr. James Fulweber from Houston, Texas to the position of sales manager responsible for Harbor sales to South Central dealers and fleets. The South Central area includes Texas, Oklahoma, Louisiana and Arkansas. Mr Fulweber will initially report to me (Ken Lindt) until such time as the area become self-sufficient from a coverage and revenue generating standpoint.

According to Mr. Lindt, "It's a pleasure to be able to hire a person of James Fulweber's experience and talent. He's a professional in the truest sense of the word. He comes to Harbor with a breadth of experience uncommon to sales managers in the industry. His experience includes successful management positions at Supreme Corporation, Mobilease, Inc., TIP GE Capital and several financial institutions. As Harbor continues to build its presence in the South Central region, it is important to be represented by really capable people who are independent thinkers. We can't think of a more capable person to represent Harbor than Fulweber."

Harbor Truck Bodies is the leading manufacturer of service and utility truck bodies on the West Coast and the highest ranked quality service body manufacturer in America!