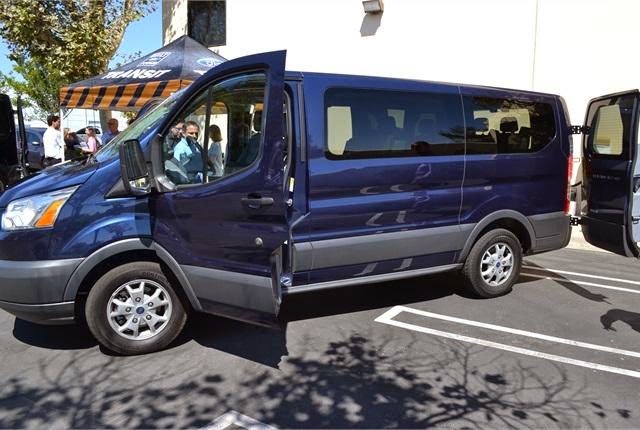 Ford's 2015 Transit full-size van offers a significant improvement in fuel economy when compared to the outgoing E-Series van it's replacing, according to the company and U.S. EPA.

Because cargo vans are classified as commercial vehicles, they usually don't get an EPA fuel economy rating. However, the EPA has rated two Transit passenger models. Those models, when compared to equivalent E-Series models offer significantly improved fuel economy.

When equipped with the 3.5-liter EcoBoost engine, the Transit low- and medium-roof regular wheelbase wagons get 14 mpg city, 19 mpg highway, and 16 mpg combined, according to EPA data. These Transit models improve fuel economy by as much as 46 percent over the Ford E-Series equipped with a 6.8-liter V-10 gasoline engine that gets 10 mpg city and 13 mpg highway. The improved mileage translates to fuel savings as high as $1,700 annually, based on EPA data.

Transit low- and medium-roof regular wheelbase wagons with the standard 3.7-liter V-6 get 14 mpg city and 19 mpg highway, which is up to 19 percent better than the E-Series equipped with a 4.6-liter V-8 engine that gets 13 mpg city and 16 mpg. Fuel savings for customers could be as much as $650 a year, according to EPA estimates.