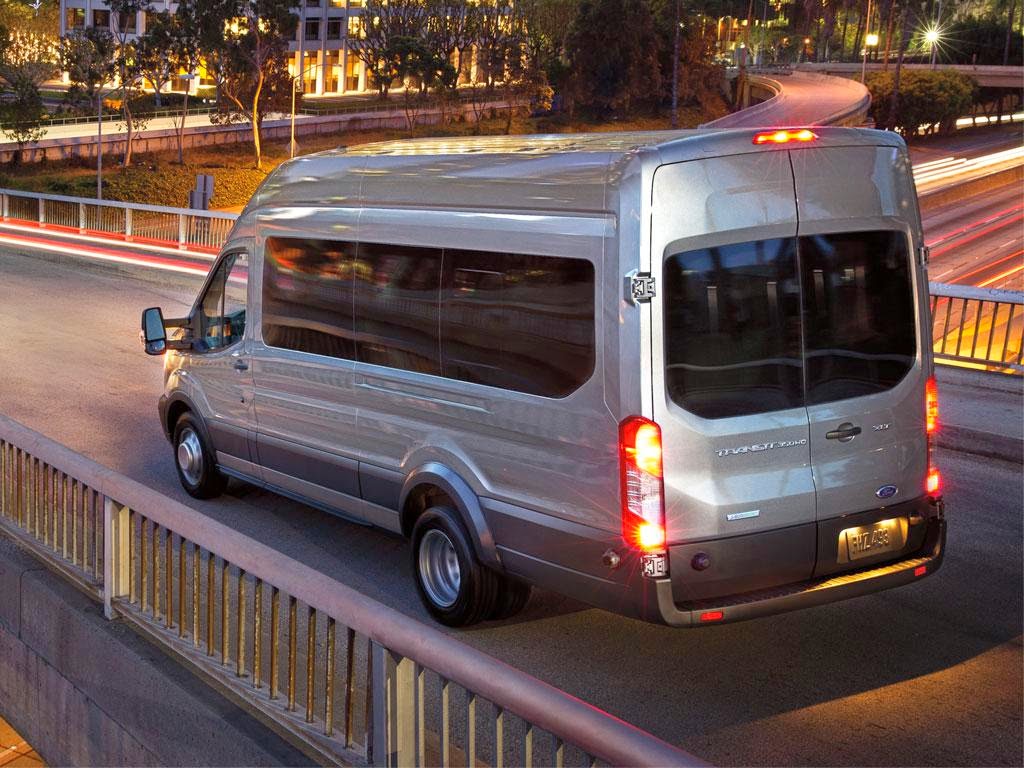 Ford Motor Company is offering an exclusive opportunity for fleet owners, commercial customers and dealers to drive and learn about the all-new 2015 Ford Transit.

The Truth About Transit Tour will visit 19 cities across the United States from June into October. Participants will test drive models on a closed course specially designed to let them evaluate Transit’s technology, handling and versatility.

They also will visit a unique hands-on interactive garage for a behind-the-scenes look at how Ford Transit is Built Ford Tough. Ford will have top product specialists on site who can answer questions about the all-new 2015 Transit.

Tour participants can view upfit vehicles to envision how Ford Transit can be customized to fit their needs.

Ford specialists also will be available to conduct personalized vehicle walk-around demonstrations at fleet and commercial customers’ places of business.

Registration and other details are available at www.fordtransittour.com for commercial business owners with fleets of one to 25 vehicles and www.fordtransittour/fleet for larger fleet customers.
The Truth About Transit Tour kicks off in Kansas City, Mo., where Transit is produced for the North American market at Kansas City Assembly Plant. The entire tour schedule is:

Media will be invited to participate in select cities.

Transit builds on legacy of E-Series
Ford Transit will be available on U.S. and Canadian dealer lots this summer.

In the United States, Transit eventually will replace America’s best-selling van for 35 years,
E-Series, first sold in 1961 as Ford Econoline. E-Series vans and wagons still will be available and sold side-by-side with Transit into the 2014 calendar year, providing a seamless transition for Ford customers. Additionally, E-Series cutaway and stripped chassis will continue to be built and sold through most of the rest of the decade.

Transit was introduced in Europe in 1965, and has been the best-selling commercial van in the United Kingdom for 49 years. The vehicle is sold in 118 markets on six continents.

The new Transit van offers as much as 487 cubic feet of cargo volume and 4,650 pounds of maximum payload capacity – more than competing vans from General Motors and Chrysler. Transit delivers a maximum towing capacity of 7,600 pounds.

In some configurations, Transit offers as much as 75 percent more cargo volume than the largest E-Series, helping customers save in fuel costs and time associated with having to make a second trip. Maximum payload increases more than 600 pounds across the lineup versus comparable E-Series vans.

Transit will be available in van, wagon, chassis cab and cutaway body styles; in three body lengths and two wheelbases for van and wagon, along with three roof heights; and in XL and XLT trim levels, offering more choices than ever from a Ford commercial vehicle.

Moving from an all-gasoline engine lineup of two V8s and a V10 in E-Series, Transit comes standard with a 3.7-liter V6 and offers the Ford F-150 available 3.5-liter EcoBoost® engine, along with a globally proven 3.2-liter Power Stroke® diesel option. Each engine is paired with a six-speed automatic transmission for efficient rear-wheel-drive operation.

Transit has been tested to Built Ford Tough truck standards at Ford proving grounds and in the hands of real-world fleet customers in North America.

Ford Motor Company, a global automotive industry leader based in Dearborn, Mich., manufactures or distributes automobiles across six continents. With about 183,000 employees and 65 plants worldwide, the company’s automotive brands include Ford and Lincoln. The company provides financial services through Ford Motor Credit Company. For more information regarding Ford and its products worldwide, please visit corporate.ford.com.

HOW SAFETY INSIGHTS CAN HELP CITIES LIKE WINDSOR IMPROVE THEIR STREETS