Share this article via
We’re selling everything we can build,’ manufacturers say
as they boost production, and they see no letup. 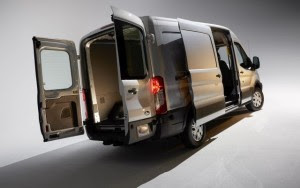 Cargo Vans: Prosperity as a Problem

‘We’re selling everything we can build,’ manufacturers say as they boost production, and they see no letup.

Demand for cargo vans has builders scrambling to increase production.

Sales of the full-size, Euro-style Sprinter, handled by Freightliner and Mercedes-Benz dealers, have grown enough that it will be assembled here instead of being imported as knocked-down kits from Germany and reassembled at a plant near Charleston, S.C., says Volker Mornhinweg, head of M-B Vans. It will invest about $500 million to build a new van plant in the same area to supply the North American market with the next-generation Sprinter.

General Motors plans to speed up assembly lines at its Wixom, Mo., factory, where its Chevrolet Express and GMC Savana traditional full-size vans are produced. Ford Motor’s plant in Kansas City, where the Transit Euro-style full-size van is made, is adding a third shift.

Ford’s Transit represents the fast-developing trend in the U.S. toward unibody vans, which now include compacts such as its Transit Connect, as well as Ram’s ProMaster City and Nissan’s NV 200 (also sold by GM as the Chevrolet City Express). Daimler’s Sprinter arm is adding a third type here, the “mid-size” Metris, which other builders will watch closely. Its announced pricing, in the $29,000 to $32,000 range, is closer to full-size vans and that might limit its appeal, competitors think. But those prices also reflect the premium stance of the full-size Sprinter, the first Eurovan introduced to America in 2001. GM and Nissan, meanwhile, are finding that there’s plenty of life left in the body-on-frame design.

By  By Tom Berg

(This article was written by Tom Berg for the October 2015 Feature on Truckinginfo.com)

Find the complete article at: http://www.truckinginfo.com/channel/equipment/article/story/2015/10/cargo-vans-prosperity-as-a-problem.aspx